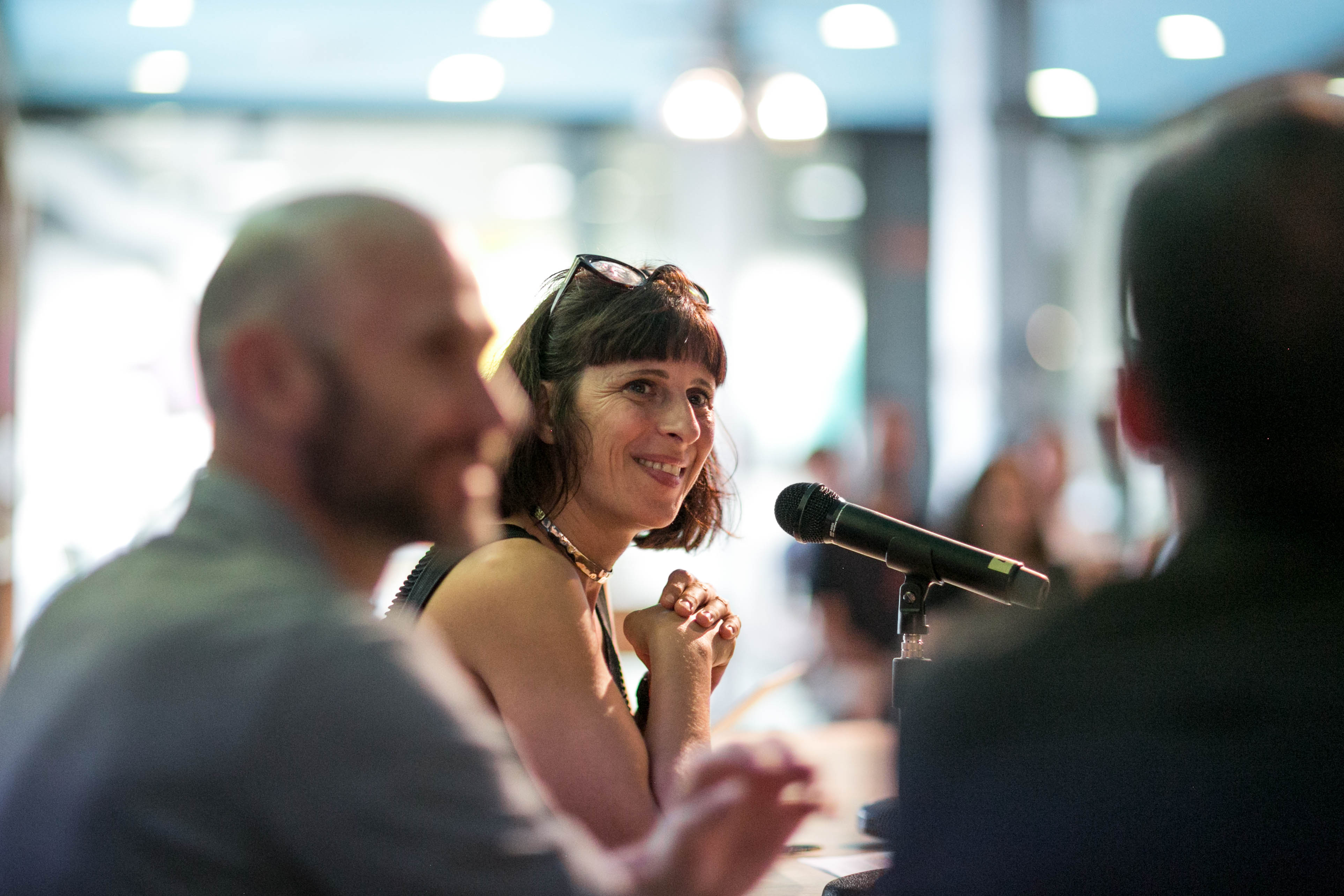 The steering committee of One City Many Worlds 2017-2019 invites you to the conference At the Borders of Democracy: Corporealities, Counter-hegemony and the Art of Disobeying with Leticia Sabsay*, in which we will discuss some of the recurrent themes that we have tackled during our time together, topics we collectively want to delve into and to move from the research group out into the public arena:

We are living in a time in which the idea of democracy has become the subject of numerous new battles: Besieged by the security State and neo-liberal reason on the one hand; and challenged by political and cultural practices that exceed and challenge its institutions on the other. The limits, but also the emancipating strength of this significant, “democracy”, will be the main subject of my enquiry. Particularly, given the fact that the redefinition and strengthening of borders – of identity, nations, space/time, gender, sexuality, race and culture – currently delineate, among other political gestures, the scope of what is democratic, we need to analyse the central role that bodily practices are achieving as the object and means of new battles. Indeed, it has been argued in this context that the performativity of bodies acting in a political way acquires new meanings, especially in light of the continued and growing increase in precariousness (Butler, 2017). Listening to these meanings, but also paying attention to how the cultural imagination that fuels them works, we may be able to uncover new ways of understanding what is at stake in these struggles for the borders of democracy, and thus challenge their threshold.

* Leticia Sabsay is Professor of Gender and Contemporary Culture at the Gender Studies Department of the LSE, the London School of Economics and Political Science, United Kingdom. She is the author of The Rules of Desire: Sexual Imagery and Communication (Cátedra, 2009), Sexual Borders: Urban Spaces, Bodies and Citizenship (Paidós, 2011), and The Political Imaginary of Sexual Freedom (Palgrave, 2016). Together with Judith Butler and Zeynep Gambetti, she has recently co-edited Vulnerability in Resistance (Duke, 2016), and with Patrícia Soley-Beltrán, Judith Butler in Dispute: Readings on Performativity (Egales, 2013). In Argentina, she was a teacher of Communication at Buenos Aires University, and she still collaborates with that University as a researcher in the Research Institute of the Faculty of Social Sciences. She has been a guest researcher at Columbia University (United States), and an associate researcher at The Open University (United Kingdom) and the Free University of Berlin (Germany). Leticia has published extensively on gender and sexuality policies, cultural practices and democracy, and she collaborates with many international projects on these topics. She is a member of the International Consortium of Critical Theory, led by Judith Butler and Penelope Deutscher, co-editor of the collections: Thinking Gender in Transnational Times (Palgrave), and Critical South (Polity), and she is a member of the editorial board of Feminist Debate (UNAM, Mexico), and Comment s’en Sortir, Revue de la Société Internationale de Philosophie Féministe et de Théorie Queer (Paris VIII, France), among others.

One City Many Worlds 2 (UCMM2), is a group that was set up following a public call by Intermediae.  UCMM2 has programmed this public conference by Leticia Sabsay because her work is connected with the lines of research and project production on which we will be working until February 2019. In this sense we are developing cultural and artistic projects which address possibilities for collective and collaborative work in Madrid. We are imagining and navigating through other ways of acting and using the body through collective public actions which will give rise to new alliances between different communities that are seeking alternatives to the precarious ways of living that are imposed on them by neo-liberal policies.