Throughout the first edition (2015-2016), Selina Blasco and Manuela Zechner accompanied the programme and the projects which were selected through an open call. They made it possible to generate a context of learning in which to share the processes that are being developed, to discuss the concerns, overflows and discoveries of each project, and to imagine how the concepts that help us describe and think about each of the experiences can intersect with and spread into other ways of doing things. It was also possible to share meetings and walks with neighbourhood networks, to think about a possible ethical code for situated practices and to generate other forms of relationships between artistic and social practices and the institution.

Within this framework, the Unstable Communities meeting which was held in March, was a moment of even greater opening in which to generate different conversational and exchange mechanisms between the projects and a wide range of agents and initiatives that work or are interested in the confluence between artistic practices, social processes and collective learning. A meeting that addresses topics such as the history of communities and their political construction, the politics of bodies, as well as the politics of affection and care, precarious bodies and how institutions can “care”. The six developed projects, La Tribu en Arganzuela (The Tribe in Arganzuela), Mercado Habitado (Inhabited Market), DEF. DiálogosElectroFlamencos Madrid (Madrid ElectroFlamencoDialogues), Toma(r) Madrid: arte-grafías decoloniales (Tak(e) Madrid: Decolonial Art-Graphics), Login_MicroEmprendimiento_creativo_entre_mujeres (Login_micro-entrepreneurial_ventures_among_women) and Rarizando la ciudad (Making the City Strange) all share the same desire to generate communities of learning, action and reflection. To be affected by and to affect, with their practices, other collectives, local networks, and the public administration, both by proposing specific steps that can be taken by the administrations - in public spaces for example - and by working in the field of specific policies relating to upbringing, diversity, precariousness, etc. This way it is possible to test how creating an alliance with a programme of creation and research can be a means to facilitate a participated construction of the city. Throughout this edition, each project has proposed a programme of public activities linked to the development of their own processes, which has led to meetings with a wide range of agents, trips through the city to visit other experiences, workshops in which to learn how to investigate through artistic creation, spaces to re-think coexistence in the city, or contexts from which to re-think the limits of normality.
In June, 2016 we met again to share and celebrate in a public programme all the processes that were taking place within Una ciudad muchos mundos (One city many worlds). And also to evaluate and consider possible future scenarios with which to continue experimenting and intervening in the city. 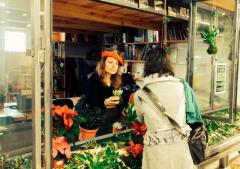 Mercado habitado (Inhabited Market) is an experimental project centred on the Market of San Fernando in Madrid’s Lavapiés neighbourhood: its…

Rarizando la ciudad (Making the City Strange) develops a process for rethinking the city from the potentiality of strangeness. 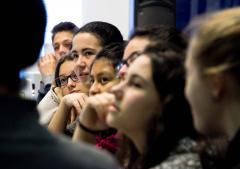 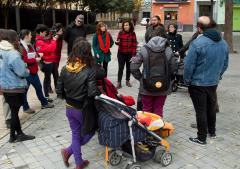 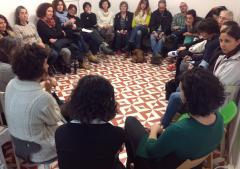 Do micro-entrepreneurial ventures by women have any particular characteristics? 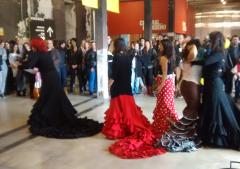